The Southern Stingray is the only commonly seen member of the stingray family that inhabits our waters. They are seen cruising sandy bottoms and sea grass beds for their food, a diet of mollusks, small crustaceans and fish. They are quite docile in nature, and pretty much ignore you, but they do have a venomous, serrated spine on their tail that they they use for defense. If you were to be stung, the wound can be quite painful. Full grown males reach a diameter of about 2 feet whereas the females have been recorded at almost 5 feet in diameter. Like sharks and skates, rays are cartilaginous, meaning they have skeletons made of cartilage rather than bones. Their gills are located on the bottom (ventral) side of their bodies. The openings behind their eyes are called spiracles. They use these almost like a mouth, taking in water that passes to their gill chambers. They are also used to expel the unpalatable parts of their prey. As you can see in the photos, (see row #2)  the spiracle is first closed, then open to inhale then exhaling with shell debris. 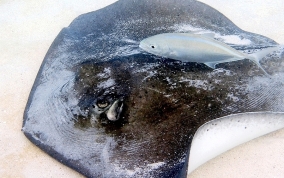 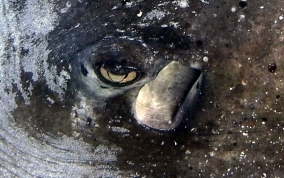 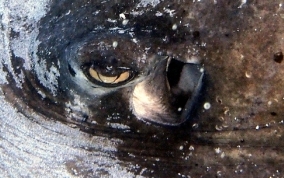 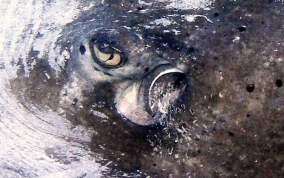 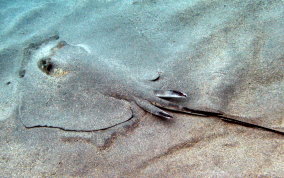 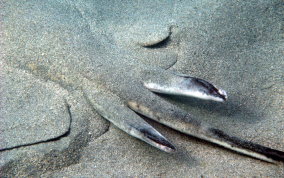 Fertilization is internal. The male inserts one of his two claspers into the female to deliver sperm.